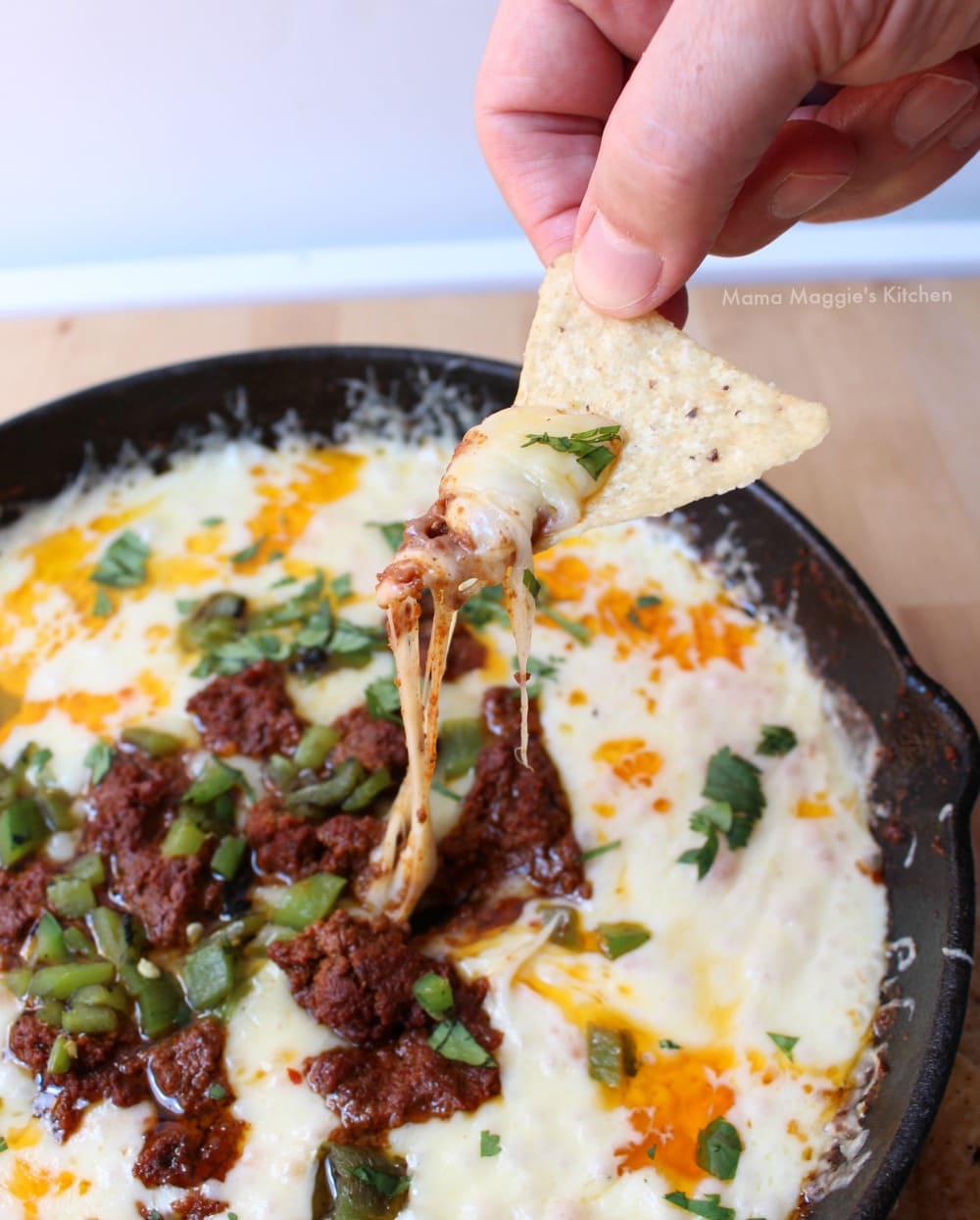 This wonderful appetizer or snack is just so good… a quick little thing to make.. great for while watching the game or back a meal…

I found chorizo in the section of the grocery store with the kielbasa. It was in link form, so I scratch the connect in half and squeezed out the chorizo… the links are about the size of zesty dogs… I used two. 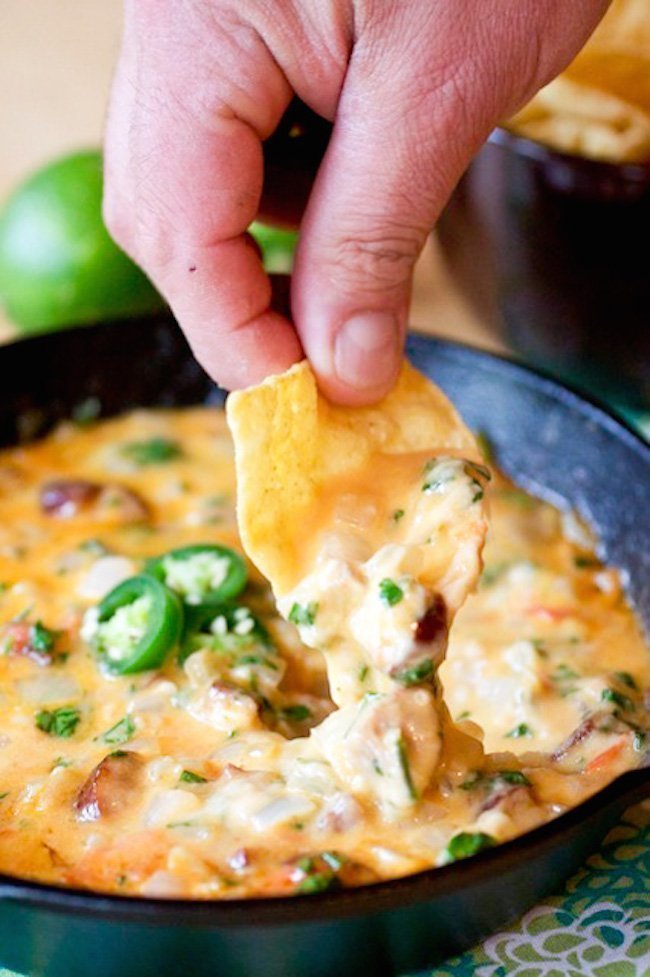 Be careful when handling jalapeno peppers. Wearing gloves is best… although I admit I don’t. Don’t touch your face with your hands and make sure you wash your hands after handling them. The seeds are where the heat is, so don’t add them to the food. As the cheese cools it volition get chewy… put a container with it to get it out of the dish easier… it’s just delicious on warm tortillas.

Serve it with tortilla chips or warm tortillas… yummmm! 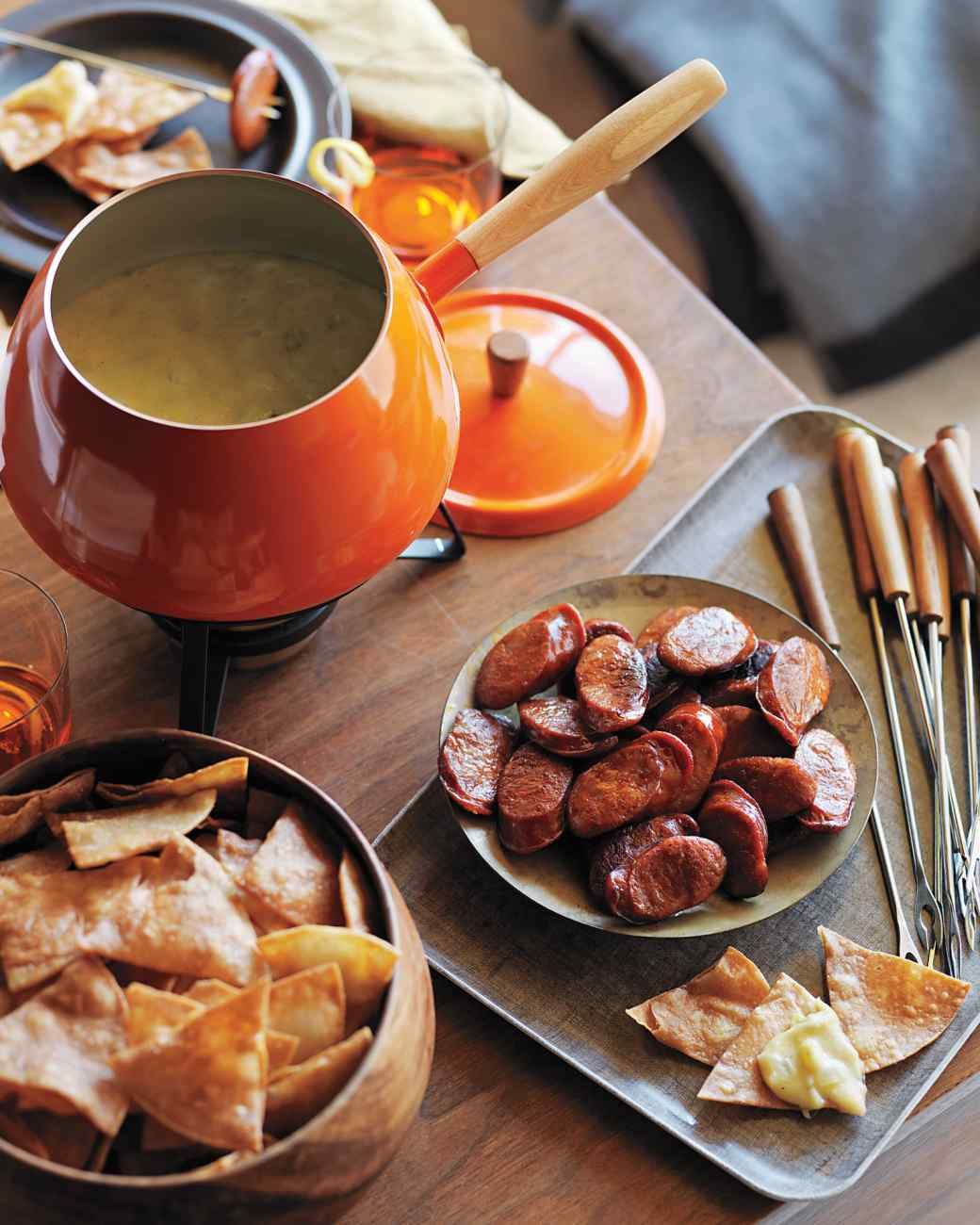 All you need to do: 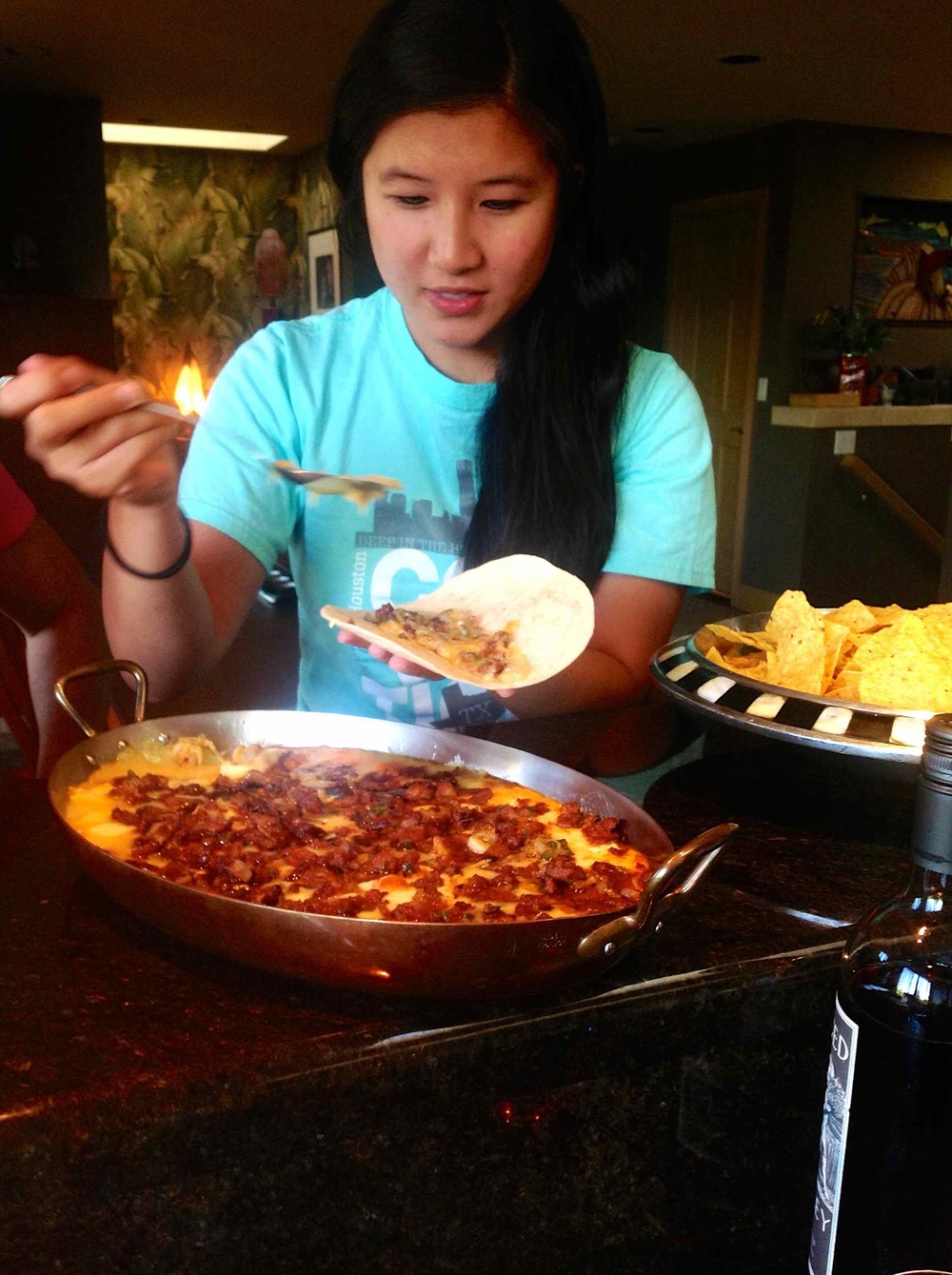 Preheat the oven to 400 degrees F.

In a large skillet, squeeze the chorizo out of its casing and cook over medium-large heat. Break the meat up into smaller bits with a spatula as it cooks.

After the chorizo begins to render some of its fat, add the onions, garlic, and pepper. Stir to mix well with the cooking chorizo.

Cook about 10-15 minutes until the chorizo is fully cooked. If the mixture is very greasy, drain on paper towels. Ready aside.

In a small bowl, mix the two kinds of cheese with your hands until well mixed.

Sprinkle ½ the cheese in the bottom of an 8-inch baking dish.

Burn until the cheese has melted (about 5-7 minutes).

Remove from the oven and sprinkle with the chorizo mixture.

Then sprinkle the rest of the shredded cheese mixture on top and return the crockery to the oven until the cheese has melted and is bubbly.

Clothing Care Tips | How to Take Care of your Clothes

How to Properly Take Care of Your Handbag